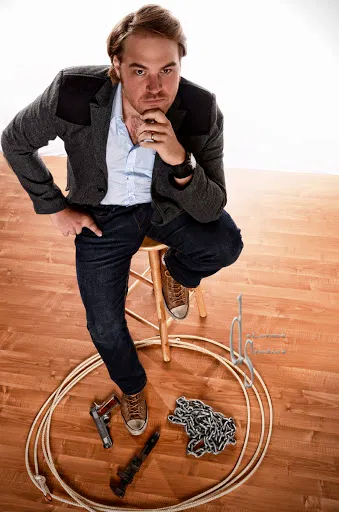 Kristopher began writing when he found his grandfather's old typewriter gathering dust at the top of a closet. His first screenplay, an unlicensed sequel to Return of the Jedi was 5 pages long when he completed it at age 7. It was complete garbage. A year or so later, he undertook another monumental franchise by writing about Indiana Jones's exploits in Atlantis for the Reading Rainbow Young Authors and Illustrators Contest. Though he faced harsh criticism from a teacher about plagiarism (this definitely fell more in the fan fiction category than plagiarism, but whatever), Kristopher was hooked. He was going to be a professional author at any cost.

Kristopher now holds a PhD in cognitive science and is a professor and researcher at Arizona State University's College of Health Solutions, where one of his many duties is publishing his research findings. In his free time, Kristopher has continued to write creatively, contributing to several magazines and book projects. He has also combined his two loves into a line of research investigating the cognitive processes involved during creative writing and how that changes as a writer progresses from a novice to an expert.